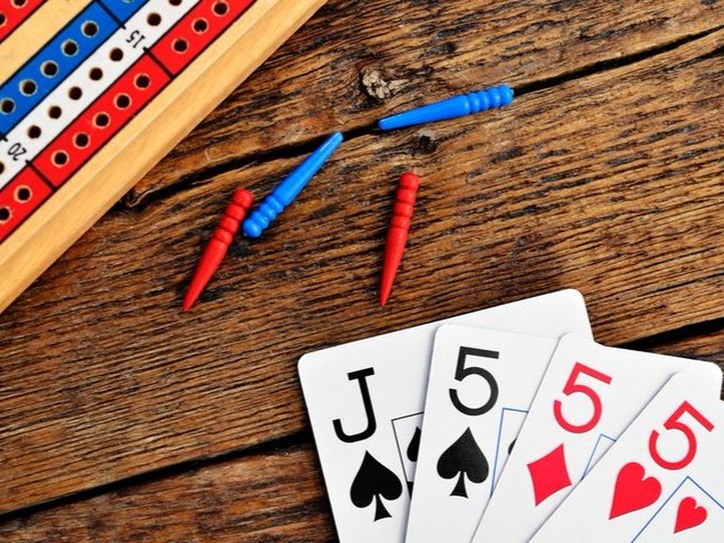 Want to know how to play Cribbage with all the cribbage rules? Try your luck at this most entertaining card game which is played using the cribbage board. Rules of cribbage card games are shared here for your best knowledge and entertainment while you have fun playing this game of numbers. In spite of being a game of numbers, this card game of cribbage is more about tactics and intuitions. You will meet the set of defined rules for cribbage card games in this article. It is as interesting as spades. You can also learn spade rules from one of our previous articles. Method of how to play cribbage is also elaborated here in a simple manner along with card game rules of other plays like spades rules, phase 10 rules, bridge, canasta rules and crazy eights.

The scores in this card game as per cribbage rules are made by combining same value cards. The distinct feature of Cribbage is the Cribbage board which is used to maintain scores. The pegs on the wooden cribbage board help playing with speed and efficiency as Cribbage is a fast game. However you can also use pencil and paper for scoring.

How to Play Cribbage Game?

Cribbage can be played by two people with a deck of 52 cards in two phases. Hence, recording of points is significant while playing cribbage to check how many scores you have in hand.

The game of cribbage is played by counting the scores as per the value of the card. Thus, the Cribbage card game involves a lot of calculation of numbers and hence you need to refer to these cribbage rules if you are a beginner at this card game.

The cribbage card game begins with both the player cutting the deck with the player drawing the lowest card becoming the first dealer. The non dealing player is known as pone in cribbage card game. Later on the dealer gets changed alternatively for each hand. During every hand, the entire deck of the cards is shuffled and the pone or non dealer cuts the deck. The dealer player deals six cards with the face of the cards down first followed by another player. Rest of the deck is kept in the middle.

Each player then picks up the six cards and lays away two hands and the remaining four cards go into the ‘crib’ and form one hand. The crib belongs to the player who is the dealer.

The players decide on the four cards to keep and the non-dealing player cuts the remaining cards of the stock. The dealer reveals the top card of the deck which is called starter or upcard. The starter becomes part of three hands. First is the dealer’s hand, the non-dealer’s and the hand lying as a crib.

The card game of Cribbage is also known as crib. Here are the rules of cribbage:

Recording Scores on Cribbage Board

The cribbage board is a rectangular shaped wooden board with pegs and holes. It consists of 4 rows, each containing 30 holes. The scores are marked with the pegs. The players should aim to complete the circuits before the other opposing player. Each earned point takes one step further to one space and thus a player will need 121 points to complete the objective and win the cribbage game. Two pegs are used to record points one after another.

How to Calculate Scores at Cribbage Card Game

Now you will surely understand how to play cribbage or crib. The game is a fast one based on calculation of scores at different runs and combinations and other terms as per the value of cards and cribbage rules. Do not miss a single card game rules  through our website. The cribbage game also includes lots of terms besides rules and regulations. Some of them are pone, Go, flush, pair, crib, two for his heels and run. Though it may seem complicated and lengthy, the cribbage card game and all the cribbage rules are gives best fun when played. The more you are experienced at playing cribbage, the more you will enjoy playing it despite all the rules of cribbage. Do you also play spades, hearts card games, crazy eights and bridge. We have shared interesting information about the rules of these card games too.