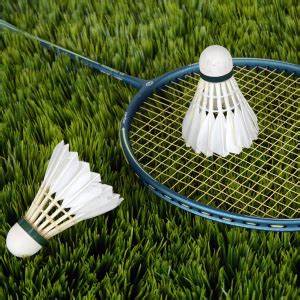 Though there are elaborate official rules written for Badminton as per BWF, we are bringing here the basic Badminton rules and regulations to help beginner’s to play Badminton with better efficiency. Rules also exist with regard to rackets, shuttlecock, grip of hands, net and other equipment in the game of Badminton. However, you will meet basic rules to know how to play badminton with your friends. The rules given here include scoring rules in this play, service rules for singles and doubles. If you are a novice, go through the badminton rules given here.

Badminton is one of the most popular outdoor sports worldwide which is played by using rackets and hitting shuttlecock with rackets across a net. The play of Badminton is widely popular in Asia and Europe. It can be played in singles as well as doubles i.e. by two players or four players.

How to Play Badminton

The basic badminton rules and regulations given here are based on official rules set by BWF.

The court for the play of Badminton is to be rectangular and divided into halves of equal area separated by a net. As per badminton rules, the court can be marked for singles only. However, the marked courts are generally used for singles as well as doubles. The doubles court and singles court are the same in length. But the width of the doubles court is wider.

Here are serving rules followed in the game of Badminton.

As per badminton rules and regulations, each play is played up to 21 points. Points are scored whenever a player wins a rally; no matter if they are serving or not.

We will be bringing more interesting game rules. Badminton rules encompass service rules, rules for equipment like rackets, shoes etc. and rules for court measurement and height of net. We are sure you are happy with the rules of this very popular game and would enjoy playing it now. Do share the rules of badminton given in this post with your buddies who are passionate for badminton.