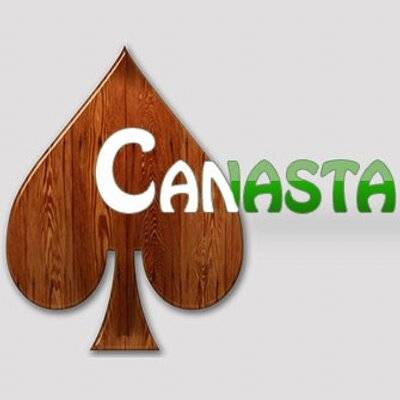 Crazy about card games? We are bringing here rules and instructions for Canasta card game which belongs to rummy family games. All Canasta rules are elaborated here in details to enable you to enjoy this game with your buddies.The Canasta game is generally playing in partnerships. This wild card game features some crazy rules, some unpredictability and high scoring, but we bet you will surely enjoy playing it once you have got hang of it. Well, if you are already playing partnership card games like Cribbage and Spades, this one is just good one for you to enjoy your fun time. The best part is that this game can be played as two or three handed game as well in partnership. You can also refer to other card game rules of other partnership games at our site except Canasta card game rules.

Let’s start the fun and check the requirements of Canasta card game.

How To Play Canasta

Want to learn how to play canasta card game? Find below step by step guide to play Canasta game. Also learn canasta rules before you start playing the game.

Player sitting right to the player drawing highest card acts as dealer. Cards are shuffled and offered to be cut by an opponent. 11 cards are given out to each player in clock wise rotation. At the end of each hand the dealer gets changed clockwise. Rest of the cards are kept in middle with face down as stock.

The dealer player turns up a single card to the side of the regular stock of cards to start creating a discard pile. In case the card upturned is a 3 of red color or a wild card i.e. a joker or a deuce, the dealer takes another card until he picks up the one which is neither a wild card nor a 3 of red colour. All these wild cards and 3s as well the finally picked up card go into the discard pile.

Any player may choose to go out only after all the cards in his hand are used up and he or his team has made two or more than two canastas. Player can go out after melding or discarding all cards. Discarding card to go out is not compulsory. A hand ends when any player chooses to go out. A player may or may not ask for permission from his partner to go out. In case he asks, he has to abide by partner’s decision as per canasta rules on going out.

The game moves clockwise and each player pick up a card, make a meld or hold on cards, discard cards and get rid of all cards. When players discard the last card, one hand is over.

Drawing more than one card from stock takes no penalty but player doing so must reveal his card to other players.

Player can add to his partner’s meld.

Canasta is a very interesting game. Learn all the Canasta rules and techniques to master the game, Find below the points that Canasta cards carry in rules of Canasta:

Basic scores are summation of card points as per above.

Bonus points in Canasta rules can be scored as under:

Total scores are calculated as below:

Initial or very first melds at every hand require minimum melds. The requirements of melds against scores are as under starting from the beginning of game when the scores are zero. All the rules of Canasta are given below.

The sum of the cards being played to make meld by player should be equal to or more than the total scores of the team. E.g. if the scores of any team is 1300, they cannot make a meld which scores less than 50. If team’s score is 1600, a meld scoring less than 90 cannot be played.

Since now you are aware of all the rules and games of Canasta card game, start playing it with your friends and enjoy best fun time with this number game. Is Canasta your favorite game of cards? We would love to know your favorite card game. We are sure our posts on different card game rules like Canasta rules, rules of spades and crib are helping you to play these amazing card games and beat your friends at the games too. Visit us for more card game rules as we will be bringing rules of some more interesting card games.