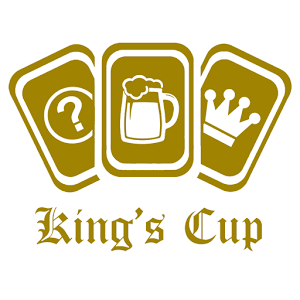 The Kings Cup, also known as Circle of Death or Ring of Fire is for your boozy friends. A well known drinking game is usually played in a group. In the cow to play guide. This game works best when you have a family gathering, if you are new to this, then we have provided in-depth Kings cup rules along with how to drink and others prefer playing cards. The Kings Cup saves you from the trauma as this drinking card game is the ultimate best choice. We shall help you learn about the Kings Cup Rules so that you can enjoy the game in the right way!

Requirement for the Kings Cup!

The cards are shuffled and systematically placed around a cup filled with an alcoholic beverage i.e. Wine, Beer. A non-alcoholic beverage might also work for a kitty party! Players are requested to sit around the Kings cup surrounded with all cards face down leaving any gaps. Moving down to the rules of Kings Cup:

Each player has to draw a card turn by turn and needs to perform the below activity. The rules and regulations are pre-defined before starting the game. Let’s go through all the kings cup rules associated with each and every card used in the game. Rather than saying best of luck for the game, it’s better to say enjoy the drink players!

Rule: All the players of Kings Cup have to drink continuously until the person to your right stops. But the player who draws the card first can stop first. If you get this card at the first pick, you will get drunk at the start of the game!

Rule: The player who draws his card will have to choose another player to drink.

Rule: The player who draws this card needs to drink three.

Rule: All the ladies need to drink once.

Rule: All the gentlemen drink once.

Rule: A group drink is prepared as everyone drinks once.

Rule: The person to the left of the player drinks once.

Rule: The person sitting to the right of the player drinks once.

Rule: Player who draws card ten is titled as the ‘Thumb master’. The Thumb master puts his or her thumb on the playing surface, this needs to be done in such a way that no-one notices you. As soon as you see a player’s thumb, immediately place your thumb. The player to place his thumb at the end needs to drink.

Rules: Player who draws the card, gets to make up a rule. Everyone must agree to the rule. If anyone breaks the rule, they drink. The rule continues until somebody cancels the rule with another Jack.

Rules: The player who draws, selects someone at random and asks them a question. The  game continues until someone either makes a statement or repeats a question that has already been asked.

Rules: Player who draws the King pours some of their drink into the King’s Cup in the center. When the Kings Cup is emptied, the game is over, regardless if there are still cards.

The drinking card game needs to end somewhere! The game ends when the last card is drawn or if the Kings cup is consumed. The drinking party comes to a limit when all the players have no capacity for anymore alcohol! Play safe. Make sure you do not overcross your limit. It is also wise not to drive a vehicle after drinking. In a nutshell, the game is all about getting drunk and having fun, but you must know where to STOP the game otherwise it could get you in trouble.

Family members can play card games instead of drinking games. There are plenty of new card games published on our blog. You can always prefer them over any other drinking game. Hopefully, you are able to follow the rules of kings cup card games. In case of trouble, you can always ask us to clarify it further.

Kings cup rules are easy to remember but there is more possibility for each player to forget the rules as you get more and more drunk! You can always come back and read this article to know the rules. The Kings Game Rules are easy and can be modified according to the players. The King’s Cup is best played with friends, family and is the perfect choice of game for a family tour. Jenga is yet another well known drinking game. Enjoy the drinking card game and be the first one to drink the King’s Cup! It is a perfect game if you have no plans to drive after drinking or you are heading to bed. Just make sure you play safe.