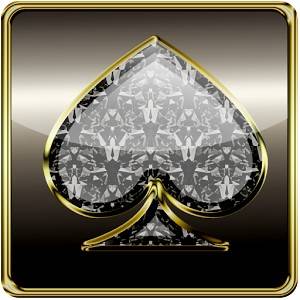 How to play spades card game?

Spades is one of the most famous card game that is suitable for family and friends. This post is written specifically to elaborate Spades Rules you can refer as you go on playing with your favourite game and also how to play spades. Card games are used playing cards of a deck of 52 cards that has four types including spades, hearts, diamonds and clubs. We have shared at this site, rules of different card games like spades rules, cribbage rules, bridge rules, phase 10 rules, canasta rules and so on. Card games are played for fun all across the world though with some variations in types of plays, rules and way of playing. All the different card game rules are provided on our blog in case if you are interested in knowing the rules of other games.

Let’s get back to Spades card game rules and how to play the game. The popularity of card games all over the world has also brought tons of online card games too that you can download for free and can play on your computers and laptops during your leisure hours or travelling. Spades card games require a traditional deck of 52 cards, four players with two teams of two persons. Further, we have shared in details how to play spades and the spades rules.

How to Play Spades

The four players form teams of two and decide who will be dealing first to deal the cards equally with 13 cards to each player. Each player starting with the person left to the dealer will announce the number of tricks he will take which is known as bidding. Each team should exceed the number of bids that are announced by the team. Team scores point for capturing the tricks they bade and penalty is faced for achieving bids less than the bids made.

While the smallest number of bid any player can made is one, a bid for no tricks is known as a player going ‘nil’. Bids can be made from nil to 13. If a player goes nil, he does not take any trick. Bonus points are awarded for successfully losing on every trick and a penalty if the player who has gone nil attempts to make the bid and fails.

Now that you can play spades on the internet, it has grown in popularity among all card players alike. The advantage of playing online is that you cannot make illegal play moves. The software of the online casino you are playing at will not allow you to select cards that are illegal in the game. To find the best casinos to play card game online we recommend that you first check a new casino bonus guide in your countries such as http://newcasino-bonus.com/ for British People and http://kazino24.com/ for Latvians.

Usually, the trump card or the spades in the spades card game is the card which outranks all other cards regardless of their value. In case if all the cards are spades in a suit, the player who enters the highest ranking spades will take the trick. If you want to learn how to play spades card game rules then you can refer spades rules given below.

Check out how the points or scores are counted in the spades card games according to spades rules.

Besides above spade rules, there are some simple well-known facts of spade card games like a bid once made cannot be changed, spades cannot be led or played unless it is played by other players. Any player can put down or enter spades only when he/she has no other card remaining in hand. ‘Breaking Spades’ means playing the first spades. We are sure you are now quite acquainted and confident on how to play spades and how to calculate winning points as per spades rules. We will be soon updating rules on other card games like bridge, cribbage rules, phase 10 rules etc. to enable you to enjoy the card games and have fun with your friends.