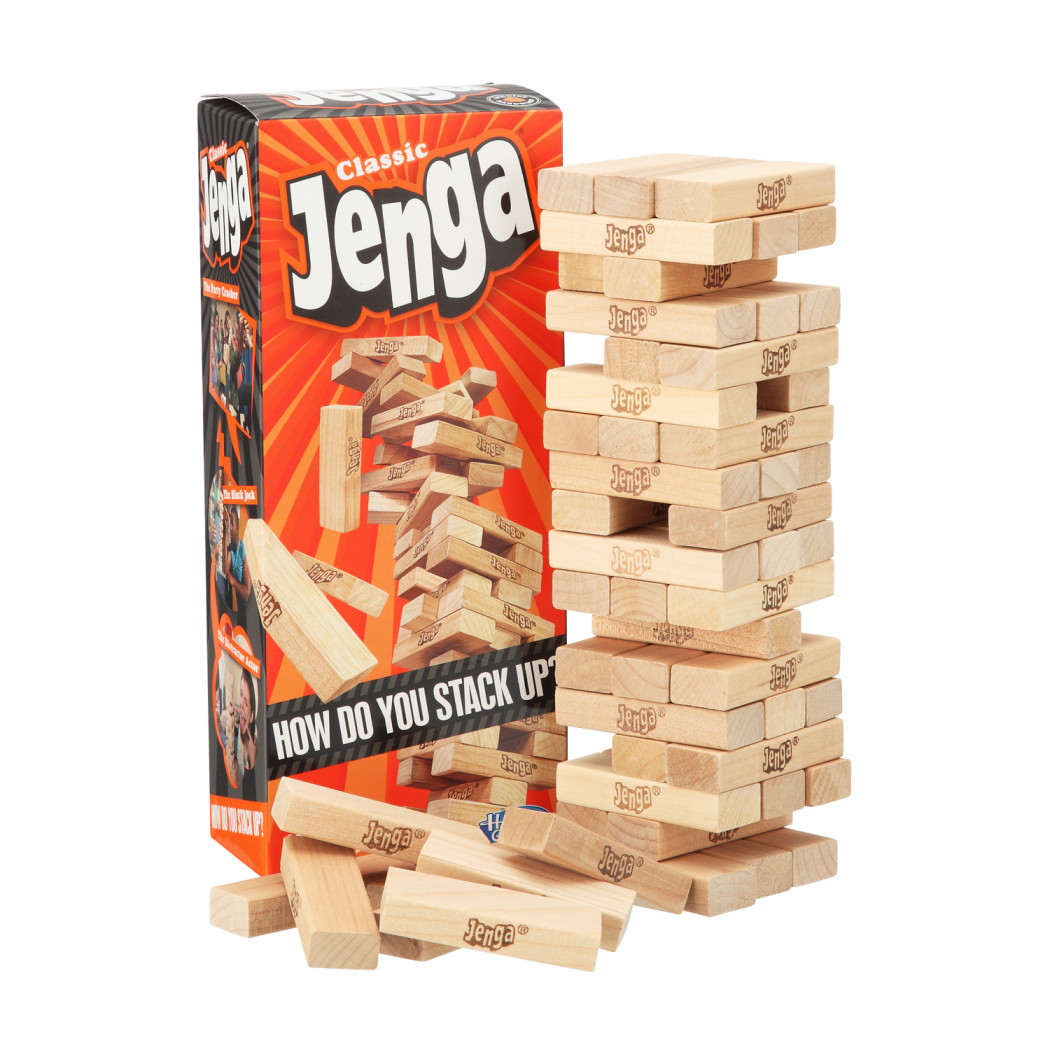 As we have acquainted you with many amazing card games like spades, crib and phase 10, here we are listing Jenga rules. Though Jenga is not a card game, we have shared here the rules of Jenga as this stacking game is still very popular among kids and played with great fervor. Moreover, it is also a game of physical as well mental skill involving great fun of playing with the blocks. Jenga is played with 54 wooden blocks by making and removing blocks to create a tower. You will come across rules and methods of playing different card games which are played by kids for fun.

Normally the blocks used to play jenga are 3 times longer than its width and thick by one fifth of its length. Besides blocks, the game requires a loading tray to stack the tower of 18 levels initially by placing three blocks adjacent to each other and perpendicular to the earlier level. For instance if the blocks in the first level (of 3 blocks) are placed north-south, the second will be placed east-west. All levels are made with three Jenga blocks.

How To Play Jenga

A player is chosen to have their first turn to build a tower with 54 wooden blocks of Jenga. When 18 levels are made, the tower is complete. If the loading tray is used for easy stacking of blocks, it should be removed now. Now start playing by slowly removing a single block from the tower below the highest level.

However there are some rules according to which players should remove the blocks from the built tower. Likewise rules of spades, how to play spades, cribbage rules and euchre rules that we have shared through separate posts, we have shared Jenga rules further in detail.

Rules of the Jenga  Game

Here are the Jenga rules stacking game specifically for removing the blocks from the tower built by a player. Follow these Jenga rules and share them with your buddies who must also be playing this game.

You can also play jenga online by downloading it for free. However, virtual playing with the wooden blocks enables kids to play in groups with much fun. Adult versions of jenga are also played by older kids with blocks of different colors like red and green in combination with natural wooden blocks. If you love to play card games like spades, crib and euchre you can refer to their rules posted individually at our site.