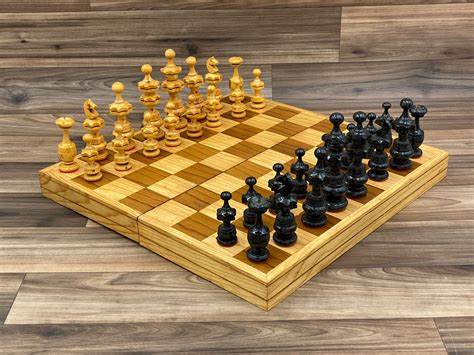 How To Play Chess

Do you want to learn how to play chess? cardgamerules.net will introduce all the rules and laws of playing chess in our detailed post on how to play chess. Lets explore the interesting moves and checks of one of the most intelligent and brain teasing games. Though the rules of chess have come a long way through some changes and variations, we have shared here the basic rules that will help kids to learn chess by knowing all the chess rules. Chess is a two-player strategy board game.We are sure you would be a good chess player once you go through the complete method of playing chess. Chess is played by two players with one chess board and sixteen pieces for each player.

The chess pieces are parallel for both the players except the different colors of blacks and whites. The whole game of chess revolves around posing a threat to the opponent’s king through checkmating. Rules of chess also include rules of movements of each of the pieces. The pieces include 1 king, 2 rooks, 2 bishops, 1 queen, 2 knights and 8 pawns at each side of the chess board

Before you start playing chess, learn how to play chess and check out how the different chess pieces should be placed on the chess boards which will be your basic step towards how to play chess.

See how each different chess piece can move and make sure in this game you do not use monopoly game rule; a first step towards learning how to play chess:

Castling move refers to movement of the king by two squares towards a rook and placing the rook adjacent to the king. Castling can be made only if king and rook pieces are moving for the first time and when there are no other pieces in between the rook and the king. The king should not be in a checked position and should not end up at the place which is under attack by any enemy chess piece. Moreover, while castling, the rook and king must be on the same row or rank.

Whenever any pawn piece steps two squares ahead of its original square and stops adjacent to the enemy’s pawn, it will be captured by the enemy’s pawn as the pawn can take one step forward and capture the enemy.

If a pawn reaches to the other side of the board right at the back rank of the opponent’s side, it gets promotion as queen or rook or bishop or knight as per player’s choice.

A king is said to be in check when it is under attack by any enemy piece. A player may not make any such move which will leave his king in a checked position.

See how a player can get out of check to save the king:

As per the chess rules, once the player touches any piece for moving, he has to move that piece. Once a player moves the piece and leaves his hand from the piece, he can not revert the move or do any addition to the move so first learn how to play chess.

In a chess game with time controls, a player should make a move within a time limit. If he fails to do so, he loses the game. So he learned how to play chess.

Learn How To Play Chess

In what situations the chess game ends?

Whenever a player resigns, the opposite player wins the game. Draw happens when both the players agree to resolve the game due to insufficient play or due to no possibility of checkmates from any of the sides.

If a king is checked and there is no legal move, a player can make to save the king, he loses and the other player wins the game. The king is never really captured and removed from the board as the checkmate is either blocked or the game ends where there is no move to remove the check.

If a player proposes to draw the game, the opposite player may accept it or may reject it and continue to play as per rules of chess.

The game of chess is played with a chess board consisting of 64 squares in blacks and whites and 32 pieces. A player takes either blacks or white team of the pieces. The game is generally started by a player having whites. A player announces a check when he puts the opponent’s king under a threatening position. We are sure you would love how to play chess but it is an extremely interesting board game once you know all the chess rules. Share our how to play chess elaboration with your buddies in case they wish to learn to play chess. Do not forget to check out the rules of some other board games like monopoly rules. If you are fascinated with card games, we have posted on numerous exciting card game rules too including spades, crib and canasta. Share with us your favorite card game and board game and let us know if you liked our chess rules details.