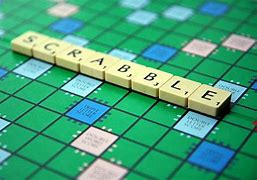 After sharing rules of some exciting board games and card games, we have shared here Scrabble rules. Scrabble is a popular brain teasing word game which involves creating new words by adding letters to the existing word. If you are looking for some clever game for your kids, you should know the rules of Scrabbles. A special board with 100 tiles and tile racks are available with tiles containing letters on it to play scrabbles. Scrabble rules listed here will enable kids to play the game and they can master the game easily. Also know the rules of other board games like Monopoly, Farkle, Chess and Checkers.

We have elaborated here how to play scrabbles and all scrabble rules for playing, scoring and winning. Target is to score more by playing words that can score highest points. A scrabble board comprises cells in a large square grid. 15 cells are high and other 15 cells are wide. The tiles will be fitting cells on the board. While there are a total of 100 tiles, 98 are lettered and two are blank. The blank tiles are used as wildcards to replace any letter during the play.

How to Play Scrabble?

As scrabble rule goes, all tiles are kept in a pouch or kept face down on the table near the board. The tiles should be mixed well to prevent players from knowing which letters are spotted on the tiles. A letter is drawn to decide the first player of the game. A player who draws a letter first in order of alphabets gets to start the play. Each player is drawn 7 letters or tiles and keeps them with his or her rack of letters.

The first player plays his or her word by placing that word tile on the center – most square of the scrabble board. Words can be placed either vertically or horizontally. Diagonal play is not allowed. The letters placed must be forming a complete word of two letters or more.

Game proceeds clockwise and each player plays off words already on the board. Words are changed by incorporating letters into the word already played. New letters can be placed in horizontal or vertical straight lines. Scrabble rules allow adding tiles or letters in both directions at each single turn.

Find below different points you can score with different letters in scrabble rules.

Besides above basic point, bonus points can be earned in following condition:

Any player who plays his or her last tile and there are no tiles left to draw, the game finishes. The remaining tiles are to be subtracted from the scores earned. The player with the highest scores after this wins the game.

Also note these Rules of Scrabbles:

Going through the rules, you may find understanding the scoring rules a bit complicated. Once you start playing the game and start following the scores for each letter given here, you will easily get the scrabble rules.

If the scrabble board is filled with tiles before any player finishes his tiles and wins, new tiles are drawn to replace the tiles on board. Tiles are drawn without looking at them to keep them unknown to the player. We are sure you are no more confused about playing scrabble and following Scrabble rules. Check a host of other rules of interesting games like Jenga, Monopoly, Chess, Checkers, Chinese Checkers and Farkle rules.

We have provided here rules and instructions of the most popular versions of the games. However, rules of scrabble are also followed for the valid words by some players. Hence, players should agree on the acceptable and unacceptable words before the start of the play as there are no definite rules for valid words.