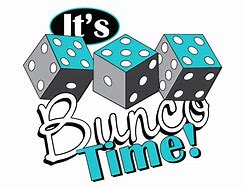 Bunco is a dice game popular at social gatherings and among teenagers. The game is traditionally played by 12 players. However any number of players divisible by 4 can play the game conveniently. It is one of the best games to play in friend circles and at social parties. We have shared all the Bunco rules including rules of Bunco for scoring and winning in this article.

Dice games, board games and games of cards are played by kids as well adults with friends. Hence we have shared here instructions and methods for playing some of the topmost popular games.

Let us inform you of the equipment you will need to play this game. 12 players can play it with 12 score cards, 4 tables, 3 dice for each table, 2 pens and 2 pads for each table. In bunco game’s last round, players change tables and partners.In addition you will also need one fuzzy dice to start from the head table and a bell at the head table. Once you will go through all the bunco rules, it will be much easier for you to understand the meanings of these terms and the term Bunco. All four tables should be arranged with necessary equipment.

How to Play Bunco

At the start of the game, only 4 out of 12 score cards should be marked with a star. Shuffle the 12 score cards to mix the starred and unstarred cards randomly. Now each player will pick one score card without looking at them as per bunco rules.

Players who get starred scorecards will get a place at the head table which can also be called a winning table. The teams are decided as per bunco rules by seating with the partners across each other. The Bunco game consists of six rounds. A player seated at the head table rings a bell to mark the beginning and end of each round.

Scores in bunco rules are made according to the number of times the dice rolled matches the round’s number.

Whenever any player rolls and gets

all three dice the same as that round’s number, it is called Bunco. Bunco earns 21 points to the player. Bunco enables a team to earn 21 points and the player who played it can check at the Bunco section of his scorecard.

Since Bunco is more popular at parties and gatherings, prizes are set for many categories. See the prizes for Bunco.

If you are planning for a birthday party or gathering with your friends, it would be a great idea to roll Bunco with thematic dice decoration for your party. There are many other popular board games and card games to play with friends.

Check our rules for most loved card games like Cribbage, Phase 10, Spades, Chess, Mancala and Farkle. Our site holds a host of game rules with complete instructions on how to play. Scoring and winning rules with terms are stated separately to make them easy to follow for kids. Do remember us whenever you want to make your leisure hours and parties a hit with some exciting games. Sure you enjoyed and followed all the Bunco Rules in this post.